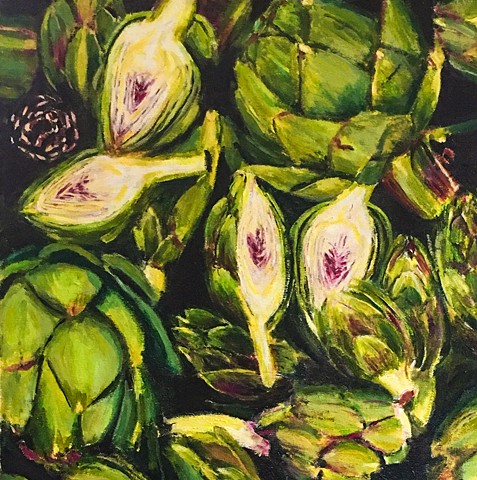 Artichokes were seen in ancient Egyptian writings as a symbol of fertility and sacrifice. Ancient Greeks and Romans used this plant as a digestive aid. Reportedly in 16th century Europe, the artichoke was favored as a food by royalty. It's not even considered a vegetable. It's part of the sunflower family. Who knew?

This painting can be found at the Art Students League Christmas Show.